Blade Runner celebrated it’s 30th anniversary at Comic-Con this year, and I was on hand during the celebratory panel to take notes of all that occurred.  Art director David Snyder, journalist Paul M. Sammon (Future Noir: The Making of Blade Runner), and DVD/Blu-ray producer Charles Lauzirika made up the very informal panel that basically consisted of them moderating themselves and fielding a slew of questions.  The reason, according to Sammon, was because at the last panel the year before they simply had too many people on the panel and it was a slog to get the banter and information beyond the simple answers. MORE HERE.

Now for some articles, art, music and videos! 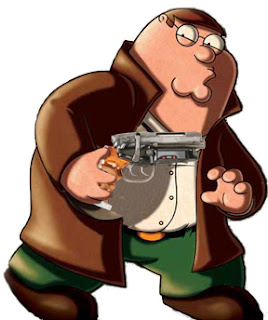 
Peter Griffin and his friends Glenn Quagmire, Joe Swanson and Cleveland Brown are at The Drunken Clam talking over some beer when on the news, Joyce Kinney reports that Ridley Scott will be working on a Blade Runner sequel. After Tom Tucker pipes in with his commentary on the subject, it prompts Peter to voice his opinion about Blade Runner.

Peter believes they, (Ridley Scott and Co.), got it all wrong from the git-go; which was why the movie was a failure at the box office. Even with all the different versions of the film out there, from the U.S. theatrical release, International Cut, Director’s Cut, and the Final Cut, he felt that they still didn't get it right. Here’s what Peter would have done if he could put together his own cut of the film -- Blade Runner: The Peter Griffin Cut.

Some of the screenplay direction and voice-over narrative is taken from the Blade Runner screenplay dated July 24, 1980, by Hampton Fancher. The roles are performed by various characters from the TV series, Family Guy.

The story was inspired by a tweet sent to Seth MacFarlane from @ConnoRFC on July 6th, that suggested Family Guy do a version of Blade Runner. And, let me tell you, my mind's been racing with ideas ever since! It was a lot of fun to write. And I hope you enjoy reading as much as I have writing it!


This is a fan-created screenplay. No copyright infringement intended. 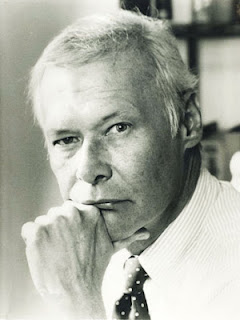 Morgan Paull, the actor who played the memorable role of Dave Holden in the 1982 sci-fi classic Blade Runner, died today at his home in Ashland, Oregon. He was 67.


Videos from Blade Runner, featuring Morgan Paull in the role of Dave Holden.


Here's a link to The Official Morgan Paull Website.