The Blade Runner sequel will be distributed internationally by Sony Pictures

Press release is as follows:

LOS ANGELES, CA, JANUARY 25, 2016 – Sony Pictures Releasing International will distribute Alcon Entertainment’s follow-up to Ridley Scott’s 1982 masterpiece Blade Runner in all overseas territories in all media; with Warner Bros. Pictures distributing in North America and Canada through its output agreement with Alcon, it was announced by Alcon co-founders and co-CEO’s Andrew Kosove and Broderick Johnson.

Denis Villeneuve is directing the film starring Ryan Gosling (The Big Short) and Harrison Ford (Star Wars), who is reprising his role as Rick Deckard. Hampton Fancher (co-writer of the original) and Michael Green have written the original screenplay based on an idea by Fancher and Ridley Scott. The story takes place several decades after the conclusion of the 1982 original.

States Kosove and Johnson: “We are excited to work with Tom Rothman, Michael Lynton and then entire Sony team on this very special project as well as maintaining our important and long-standing relationship with our domestic partner Warner Bros. Pictures.”

States Tom Rothman: “At Sony, we have made a strong commitment to the international marketplace. We know of few projects with greater international potential than the long dreamed of sequel to ‘Blade Runner,’ especially given the all-star creative team Andrew and Broderick have assembled. We are deeply grateful to everyone at Alcon, Denis and Ridley for entrusting us with such a gift. Working on a ‘Blade Runner’ film also fulfills a long-time personal ambition, as I deeply love and admire the original.”

Among its many distinctions, Blade Runner has been singled out as one of the greatest movies of all time by innumerable polls and media outlets, and overwhelmingly as the greatest science-fiction film of all time by a majority of genre publications.

Released in 1982 by Warner Bros. Pictures, Blade Runner was adapted by Hampton Fancher and David Peoples from Philip K. Dick’s novel “Do Androids Dream of Electric Sheep?” and was directed by Ridley Scott, following his landmark film, Alien. The film was nominated for two Academy Awards (Best Visual Effects, and Best Art Direction) and is now regarded by media and cineastes as one of the greatest movies of all time and the defining vision of the cyberpunk genre.

In 1993, Blade Runner was selected by the Library of Congress for preservation in the United States National Film Registry as being “culturally, historically, or aesthetically significant,” and is frequently taught in university courses. In 2007, it was named the 2nd most visually influential film of all time by the Visual Effects Society.
Source: COMINGSOON.NET

Chatting with Jeff Bridges in Interview, Deakins revealed that the "Blade Runner" followup will likely be presented in 3D. Asked by the actor if he would ever shoot in 3D, Deakins said: "No, I won't. I've been offered it. I just don't want to. I think I'm gonna do this film with Denis [Villeneuve] that'll be made into 3D eventually, but it won't be shot in 3D. I don't really like watching 3D. I mean, I've worked on a lot of animated movies that were 3D."
Source: THE PLAYLIST

During an interview with Collider, Roger Deakins revealed that, while he loves the original film, this follow-up won't necessarily have the same visual style.
"I think the look of the film is an organic process. You don't just look at the script and it comes in your head. While I think the original film is wonderful, this is not the original film... visually it doesn't have to be anything like the original. It has to stand by itself, and its particular script and its particular story. The original was wonderfully shot, but to me, the most powerful thing about the original film is the death of, what's the actor's name... Rutger Hauer's death in the rain with the white pigeon. And then you watch the documentary about the making of the film and realize that was all something that was kind of created on the day."
Source: MovieWeb.com

The eagerly-anticipated sequel to Blade Runner could be called Androids Dream.

"Everyone else is" is probably the worst reason or excuse to embark on any kind of creative endeavor, but believe it or not, director Ridley Scott is trotting out those exact words when asked if there's a possibility of more than one "Blade Runner" sequel.


"Listen: Everyone else is, so why not? I love to work," Scott told Yahoo when they asked about the possibility of more "Blade Runner" movies. "The French say, 'Work to live,' and I live to work. I’m very lucky to have a job that I adore. All my kids do the same thing. Some of it’s trying, but it’s like being in professional sport. It’s so competitive [that] you better keep bouncing the ball. You can’t rest."

That being said, Scott is protective of his sci-fi masterpiece and the legacy that will follow, and not only is he producing the followup, that will be directed by Denis Villeneuve, apparently he has some serious oversight too.


"I always have final cut on everything, really," Scott told the site when they asked if he'll have final cut on "Blade Runner 2." "Partly because I’m very user-friendly. I always believe when you’re given X amount of money by someone to f–k around with and make a movie, you can’t draw lines in the sand. If I was an investor and you did that to me, I’d remove your ankles. So don’t do the auteur s–t. I respect the guy for giving the money and I respect the studio for saying, 'Yeah, you want to do this, here we go.' "

But don't get this twisted. It's not like Scott will wrest control from Villeneuve, but it's probably more akin to the director protecting the overall vision for the sequel from any meddling studio hands.
Source: THE PLAYLIST

On Blade Runner's Roy Batty's birthday, the internet was very excited! Read the article from The Telegraph.

Pris' Incept Date is coming up next -- February 14, 2016. I wonder if Daryl Hannah will make a video greeting? 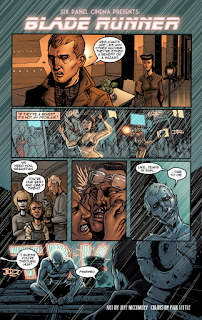 He say you Blade Runner! by Jess Bradley jessbradley.com 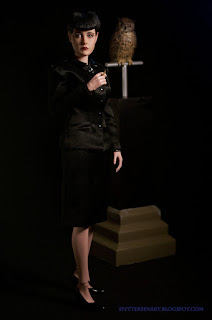 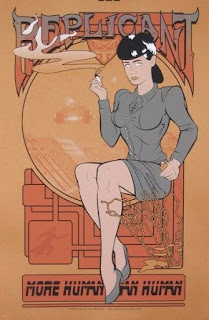 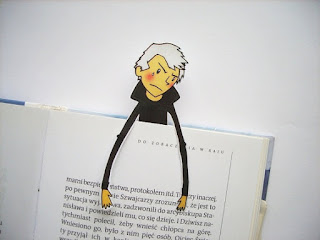