Blade Runner film editor, Terry Rawlings, has died. The sad news was reported last week that legendary editor Terry Rawlings has passed away. The movie editor, best known for “Chariots of Fire” and “Blade Runner,” died at his home.

The Guild announced the news on Twitter that the Oscar-nominated editor had passed away.

They wrote, “It is with very great sadness that the Guild of British Film and Television Editors reports the death of Terry Rawlings, film editor extraordinaire, this morning- 23rd April 2019.”

Rawlings worked in the film industry for over 50 years. During that time, he was extremely successful and even received an Oscar nomination for his hard work. The nomination was for “Chariots of Fire” from 1981. Other impressive movies he worked on were “Alien 3,” “GoldenEye,” and “Watership Down.”

Many have taken to social media to mourn the loss. Among them, filmmaker Charles de Lauzirika wrote, “I’m saddened by the passing of editor extraordinaire Terry Rawlings. An honour to have him share his memories in my docs on Alien, Alien 3 and Blade Runner, he was also an invaluable advisor on Legend: Director’s Cut and Alien 3: Assembly Cut. A little known fact, he was the dubbing editor on Ken Russell’s The Devils. What a career, what a life. Godspeed, sir.”


Now for some art, music, videos, podcasts, and a bit of miscellaneous. 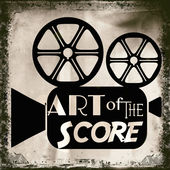