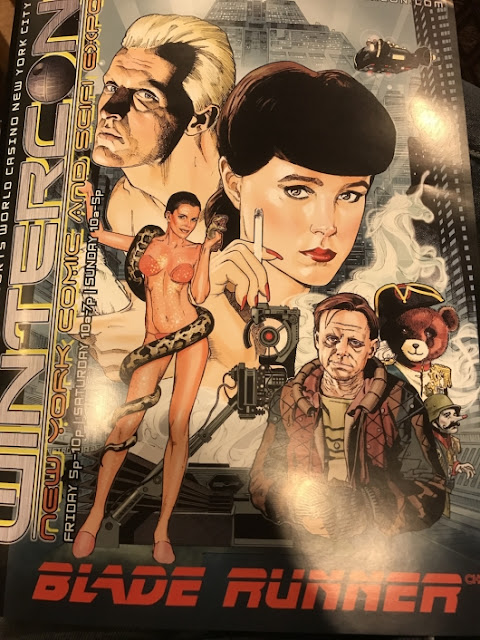 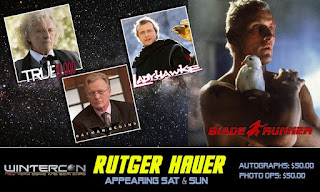 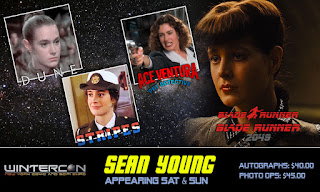 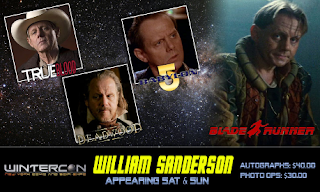 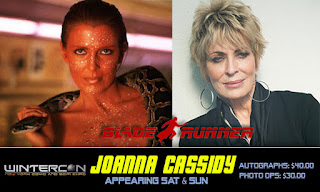 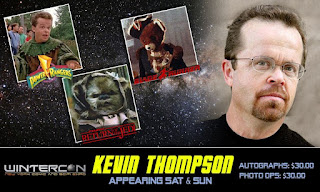 Because NYWintercon set up their main stage in the middle of the convention floor, all of the noise taking place at the convention surrounds the stage, and so the audio can be tough to hear at times. Below are two videos of this panel. The first video has a better visual presentation. While the second video has a slightly better audio presentation. Take your pick.

Also at NYWintercon was Scott Pettersen. He is a freelance sculptor and painter. He is best known for his portrait sculptures, 1/6 limited art figures, and resin kits.

Some of the cast of Blade Runner posed with Scott Pettersen's figures of themselves at NY Wintercon 2017. He was happy to hear they all really liked the figures and were willing to take these great pics with them. Thanks to Frank Patz for the "precious photos"!