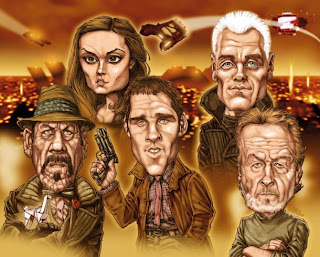 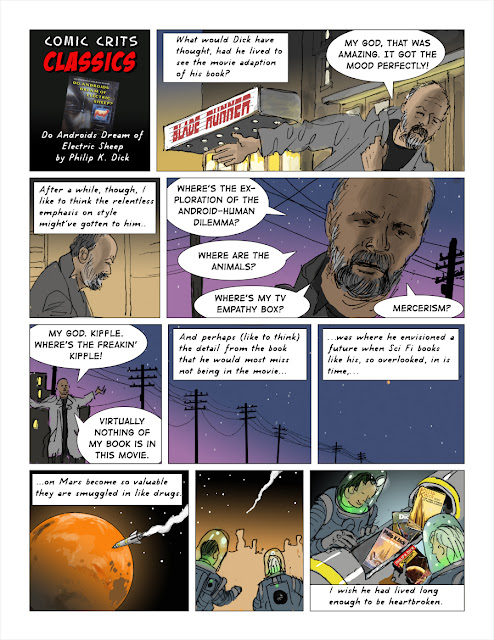 
Blade Runner is one of the most popular and influential science-fiction films of all time - and it has become an enduring cult classic favorite. It was directed by Ridley Scott and stars Harrison Ford, Rutger Hauer and Sean Young. The screenplay, written by Hampton Fancher and David Peoples, is loosely based on the novel Do Androids Dream of Electric Sheep? by Philip K. Dick.

This 1982 film depicts a dystopian Los Angeles in the year 2019–a dark, polluted and overcrowded city dominated by cloud-piercing buildings, looming neon billboards, and air dense with acid rain and flying traffic. And the city has another problem–rogue Replicants.

Replicants are human androids that are created to perform either hazardous or menial tasks in the Off-world Colonies. Their use is prohibited here on Earth. If anyone is suspected of being a Replicant, a special police force, known as the Blade Runner Unit, are notified. The blade runners have orders to shoot to kill, upon detection, any trespassing Replicant.

The plot focuses on the trials and tribulations of retired Rep-detect, Rick Deckard. He is forced back into active duty to help L.A.P.D.’s Blade Runner Unit out of a jam. He has to track down four rogue Replicants and retire them–a euphemism for destroying them.

But, Blade Runner is more than a movie. Not only does Blade Runner overwhelm the senses, it preys on our morals. It reveals fundamental truths and insight about human nature.

Blade Runner opens up a multiverse of perspectives for those who seek them. The further we journey through its sectors, the more there is to marvel at and amaze us. From the book, Do Androids Dream of Electric Sheep? by Philip K. Dick; the various screenplays; the different versions of the movie Blade Runner; to the many off-spring this work has spawned, we continue to keep alive this story. It has been analyzed, replicated, expanded upon and been paid tribute to by all means known to humankind.

We can see its influence in other books and movies. It has been rendered in the visual arts; in painting, sculpting, computer animation, architectural designs and even in fashion design. We can experience Blade Runner virtually with video games. We can listen to Blade Runner-inspired music. This paradigm has been presented in live theatre productions, in dance recitals and on home video productions. And writers across the web have kept the story of Rick Deckard and company alive in fan-fiction.

So why not celebrate this 30th anniversary by watching Blade Runner, whether it be the original theatrical cut or the Final Cut, (or those in between), tonight!


"A new life awaits you in the Off-world colonies. The chance to begin again in a golden land of opportunity and adventure. New climate, recreational facilities...absolutely free. Use your new friend as a personal body servant or a tireless field hand, the custom tailored genetically engineered humanoid replicant designed especially for your needs. So come on America, let's put our team up there!"

'Blade Runner,' with its influential vision of the future, turns 30