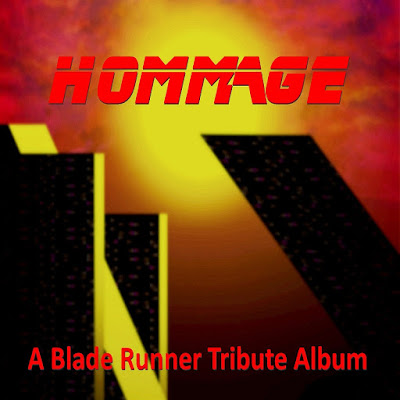 The Other Side of Philip K. Dick 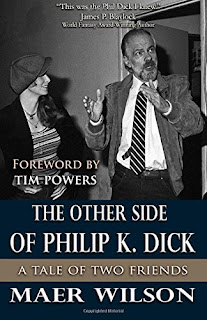 "As a literary figure, Philip K.Dick is popularly perceived as a crazed, drug-addled mystic with a sinister Third Eye. Nothing could be further from the truth––the Phil I knew was a warm, humane, very funny man. Maer Wilson understands these truths far better than I, and The Other Side of Philip K. Dick casts a welcome shaft of daylight upon the real PKD, as opposed to the dark, distorted caricature Dick has become." –– Paul M. Sammon, Author of Future Noir: The Making of Blade Runner


The Other Side of Philip K. Dick
by Maer Wilson

Blade Runner, Total Recall, The Man in the High Castle

What these projects have in common is that they are based on the books or stories of Philip K. Dick. And those are just the tip of the iceberg of PKD Hollywood hits.

But what about Phil the man?

For years I’d heard hints of Phil Dick as someone unrecognizable to one who knew him well. And I knew him well the last ten years of his life. However, it wasn’t until I started doing research for my own memoir that I realized just how off the charts some of the theories about Phil had grown. Instead of dissuading me, those accounts made me more determined than ever to bring to light the man I knew. Of course, I spoke to some of Phil’s other close friends––Tim Powers, James P Blaylock, Merry Lou Staylor. They agreed that the myths in no way resembled the man we knew. So I settled in to set the record straight.

All these stories were brought home  to me when I did a panel at the Philip K. Dick conference at California State University, Fullerton in April, 2016. Merry Lou, her husband, Pete, and I wandered around at the beginning of the conference for a bit, listening in to various presentations. We slipped into the back of one presentation being given by a PhD. I was almost immediately put off, as the researcher seemed to connect all of Phil’s writing to drugs.

Let me explain why this was off-putting. Phil was known for doing drugs up into the 1960s. He even wrote about it. However, once he moved to Southern California in 1972, he had undergone a complete change in attitude about drugs. The man I knew did not pop pills, or indeed take anything other than snuff and his prescribed medications. In fact he became a staunch anti-drug supporter.

But since Phil himself wrote about taking drugs, it’s understandable why someone might think what Phil wrote was true. Unfortunately that is not necessarily the case. Phil loved stories. He loved writing them, he adored telling them and he especially enjoyed recounting his latest theories to his friends. The thing is––the theories were not always true, and Phil would later tell friends he was just pulling their legs or whatever. He did this a lot. He also did it in his writing. He might propose a theory and in the same session contradict that theory and move on to another.

He especially did this in his Exegesis––a daunting two-million-word work that is part journal, part story templates, part whatever he needed it to be at that moment. The one thing it is not is completely accurate. To point at anything in it and say “Oh, this defines Phil as a person” will send you in a direction so far removed from the real man that it becomes nonsense. And that is exactly what has happened.

There are theories out there about who Phil really was and why he did whatever. Phil himself contributed so many different things that trying to get a sense of who Phil really was is close to impossible. Because Phil the man was nothing like those theories. He is not the myth that has sprung up about him. In fact, Phil himself would probably be appalled at the legends about him. But maybe––just maybe––he might think they were hilarious. And maybe even have a good laugh that his ultimate joke had been played as all these folks try to (incorrectly) dissect his personality. I can hear him saying, “I really had you going.”

So in the end, maybe Phil would enjoy all these silly theories and the nonsense that has been assigned to him by people who never met him. Folks who don’t have the advantage of knowing that Phil loved a good joke. But I do think part of him would regret that the real Phil was left out of the mix.

But no worries. Phil’s friends took care of that part. Tim and Jim have been telling the truth for ages. And I wrote a book that will give new insight as to just who Phil Dick was. It wasn’t an easy task. I did a lot of fact checking, research and talking to friends. But I did manage to capture the Phil that his friends knew. I hope you enjoy the real man as much as we did.

At the end of the day there is this truth: Philip K. Dick does not need to be sensationalized to be interesting.


The above article, Philip K. Dick––Not a Crazy Guru After All, was taken from Maer Wilson's website.

I just finished reading this book last night. It was my intention to spread my reading over the week, at least. However, I could not put this book down! And I found that, in this story, it was just as fascinating learning about Maer Wilson as it was about PKD. It was a story that, like the main subject, ended too soon. The “Endings” was truly heart-wrenching, overwhelmingly so. I'm still processing it. And I will probably be reflecting on this for some time. But, it was an awesome read. One that I recommend to every PKD fan. And also quite a treat for Blade Runner fans in particular.

Maer Wilson's friendship with PKD, like this book, was akin to a symphony––Beethoven's symphonies, to be precise. PKD could be moody: gloomy one day, and passionate the next. He was a very compassionate and generous man. And also mischievous. Much like Beethoven's work. The chapters are grouped into modules––symphonies, an intermezzo, and the like. The musical pieces coincide with the mood of each particular module of the book. Combined, they tell the story of two friends. And invites the reader a glimpse into the last ten years of an oft misinterpreted, but very human, Philip K. Dick.

You can read an awesome interview Nick Buchanan did with Maer Wilson for PKD Otaku HERE!

And below, there is an interview Steve DeWinter did with Maer Wilson on his FICTION Silicon Valley YouTube channel.

You can purchase your copy of Maer Wilson's "The Other Side of Philip K. Dick" at Amazon and Smashwords.


The soundtrack to a Friendship