CraveOnline caught up with director Denis Villeneuve, and asked him his thoughts on whether Deckard was a human or replicant, to which he replied: “Now that I am on the other side of the fence, I cannot answer.” Villeneuve did go on to say that the mystery will be something they address in the film and that re-contextualizing the original film with any answers they present in the sequel is a concern of his. “The thing I must say is that I love mystery. I love shadows. I love doubts. I would just want to say to the fans that we will take care of that mystery. I will take care of it.”  [Source: comingsoon.net]

"I just finished the shoot of a movie this summer, so I can say that I’m in prep now for this project. It’s going to be a super long prep, a lot of thinking, a lot of dreaming. You need to dream a lot, so that’s where we are right now, we’re in the dreaming process."

And it will re-team you with Roger Deakins.

"Roger is a master. But I feel that we are two different animals, but there’s something about the language that we share, a way of seeing and approaching cinema that strangely it works, so I love working with him. For me it’s a privilege, because every shot I am learning. I just did a movie, Roger was not available this summer and I just did a movie with another cinematographer that I love, Bradford Young. Very strong. Very strong, brilliant DP. But every time I was doing a shot with Bradford, I was hearing Roger in my head saying, "don’t do that, go there, put the camera there, don’t do that movement, faster." It was a massive privilege to make movies with him, and to do a third with him is a big gift."  [Source:  indiewire.com]

Though we know that Denis Villeneuve will reunite with Roger Deakins for the film, we still don’t know much about what this new Blade Runner sequel will be. Deakins was recently asked about the film, and said the sequel is “definitely going to happen” and is an “entirely separate movie” from the 1982 original. Deakins concedes the look of the original was “really superb” but that won’t impact how he shoots the sequel. "I’m not gonna do shafts of light coming through a window with rain just for the sake of doing shafts of light and rain." He couldn’t reveal any of the details of the film’s plot, but did say that the sequel will “stand by itself.” “Obviously, it has elements that connect it to the original, but it’s going to stand alone by itself as a movie […] This script is not the old script. It’s not a remake. It’s another take on the story. It’s a progression.”

In other news, Bud Yorkin, one of the producers of Blade Runner, died August 18, 2015 at his home in the Bel Air area of Los Angeles of natural causes. He was 89. When Blade Runner ran into financial trouble, Yorkin helped raise funds to complete the 1982 Ridley Scott film and thus owned the copyright. He talked about a sequel for years, and had agreed to produce the sequel, along with his wife Cynthia Sikes, and Alcon’s Andrew Kosove and Broderick Johnson. 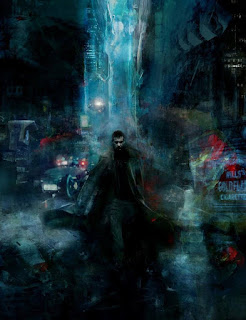 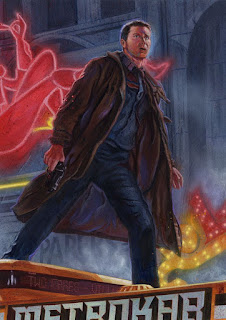 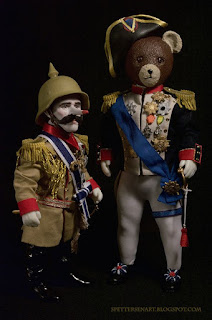