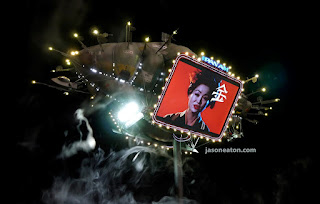 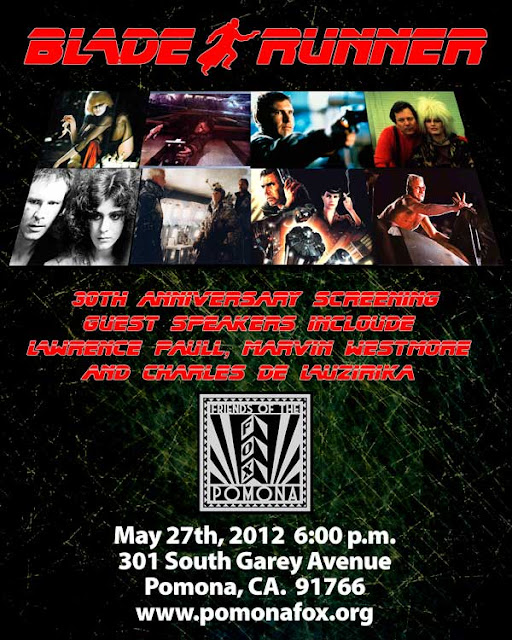 Lawrence Paull, Production Designer. Mr. Paull was responsible for the iconic look of this alternate future Los Angeles. He was also Production Designer on Romancing The Stone, Back to the Future, Harlem Nights, and Escape from LA.

Marvin Westmore, Make-up Artist. A member of the legendary Westmore family (son of Monte), Mr. Westmore has been doing make-up for movies and television since the early '60s, with IMdb showing 74 films and Television programs. His credits include: Red Skelton Hour, My Fair Lady, the original 1968 Planet of the Apes, Future World, The Buddy Holly Story,and Escape From LA.

Charles de Lauzirika, Producer of the 2007 Final Cut of Blade Runner (the one we will be screening). He is also a documentary filmmaker who produced Dangerous Days: Making Blade Runner, as well as two other documentaries on Blade Runner and the author of the original story, Philip K. Dick. This other credits include: The Making of Alien3, Making The Amazing, Return to Twin Peaks, and Crave.

Scott Essman, Moderator. Once again, Scott Essman, Instructor in Cinema Studies at Cal-Poly, University of La Verne, and Art Institute, has put together a great panel to celebrate the 30th Anniversary of this extraordinary film.
Online Ticket, via PayPal (a $1 convenience fee is added to each ticket purchased online): All online tickets will be available at the Will-Call desk at the theater.