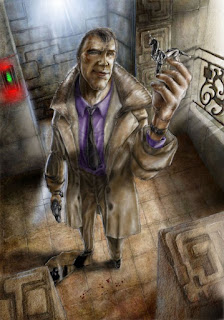 There still has not been any official news updates on the sequel to Blade Runner.

In the meantime, the Twittersphere has been buzzing with the PKD letter praising the special viewing he had of some clips from the movie.

For his indelible contributions to American cinema, the Film Society presented the 2012 Kanbar Award for excellence in screenwriting to David Webb Peoples this weekend, (April 28th).

Edvard Munch's "The Scream" will be up for auction at Sotheby's next week.

Costumes from Blade Runner, and more are coming to the Museum of Natural History in Halifax, NS, as part of the traveling exhibition sponsored by the EMP Museum. The extended tour schedule is as follows:

There was a Blade Runner screening event at the Northbridge Piazza in the City of Perth in Western Australia on Sat, (April 21st). 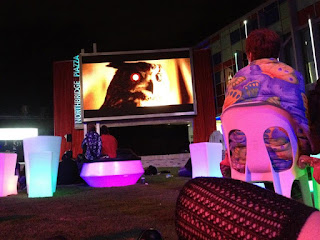 More photos of the evening are found HERE.

There are two screenings of Blade Runner coming up. On May 26th in NYC at the Walter Reade Theatre. Then on July 7th, at the LA Convention Center, in downtown Los Angeles. Sean Young and James Hong are scheduled to appear at the festival as well. The dates and times will be released closer to the event.


Now for some articles, art and music!

"Bring on the Night" was performed during the scene where we first meet Captain Bryant. It is sung from his perspective. It is one of twenty-five songs from "Blade Runner: The Rock Project" -- music inspired by the movie Blade Runner.


Written by Vangelis. Arranged for guitar and performed by David Nann.

This is the "Love theme" in the Blade Runner movie.
Standard Tuning is used and performed on an Ibanez PC300NCE Guitar 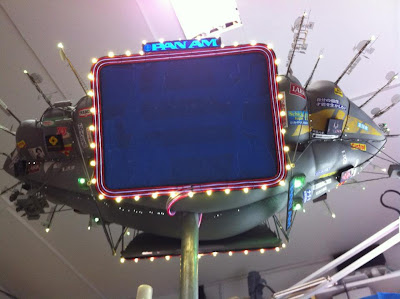 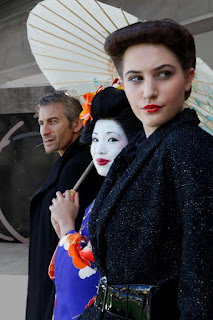 
Northbridge Piazza on Facebook: http://www.facebook.com/nbpiazza
Posted by C.A. Chicoine at 5:10 PM No comments:

Journey Planet is a science fiction online fanzine from James Bacon and Chris Garcia. They published their first issue in 2008. In 2010, they won the Nova Award for Best Fanzine.

To mark the 30th anniversary of the release of the movie Blade Runner, they assembled a Blade Runner edition. And this issue is sure to delight any Blade Runner enthusiast. 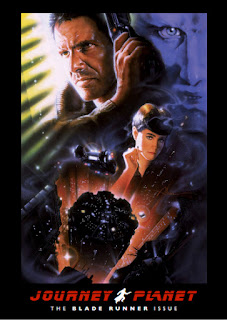 Among some of the highlights of this issue is the article "Acme Instant Fanzine". Editor, James Bacon, asks a couple authors and friends questions about Blade Runner. For example;


In the article, titled "An Introduction to Do Androids Dream of Electric Sheep?"Graham Sleight starts his article;

"It’s a commonplace to say that the works of Philip K. Dick are centrally concerned with the question of   what is real. Do Androids Dream of Electric Sheep? (1968) looks at a particular branch of that question: what is a fake? And, if you can make a fake seem authentic enough, does it matter? The book’s adaptation into Ridley Scott’s film Blade Runner (1982) changes a great deal, but keeps this idea at its heart."

In the article, "Building to it: Training for Blade Runner", by Christopher J. Garcia, he wrote;

"You don’t just jump in and start watching a movie like Blade Runner. I know, I know. It’s just a movie, why would you need to train?, you’re thinking. Well, if you just jump in, you’ll likely find yourself blinded by
the magnificence and not the impact. And the best way to train for Blade Runner is to go and warm up with various other films that inform the viewer of where Blade Runner came from--cinematically."

In another article by Garcia, titled "Another 52 Weeks to Blade Runner Film Literacy", he wrote;


"The entire message of  Blade Runner boils down to one question: What’s the goddamned point? I t doesn't try to answer this question, it doesn't have to, but it asks it and in not answering it, it makes an even bigger point."


There's also an article that writer/director Mark Hevingham wrote about his fan-production movie, Bladder Run, titled "Bladder Run or, How I Learned to Stop Worrying and Love the Android."

And the there's a terrific fanfiction too, titled "Android Tears", by Robert Francis.

The article, "Late to the Blade Runner Party", by James Mason, is one that I can personally relate to. He writes;

"Having only seen Blade Runner on a 20-something inch TV on VHS, I feel that there’s some mitigating
circumstances as to me not seeing the worth of Ridley Scott’s second science fiction movie. | So when the Dublin Film Festival had [Blade Runner] as part of their programme, I was going to most definitely see what all the fuss was about."

And there is more!

Recommended while reading: Before reading Journey Planet's Blade Runner Edition, be sure and have the Blade Runner soundtrack, (or any Blade Runner-influenced music), playing in the back ground. Be sure that you won't be distracted, (tell family, friends, and neighbors that you mustn't be disturbed. Lock the doors and pull down the shades), by any external forces. Get comfortable, (pay attention to your posture), relax, and enjoy! 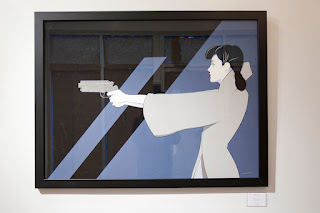 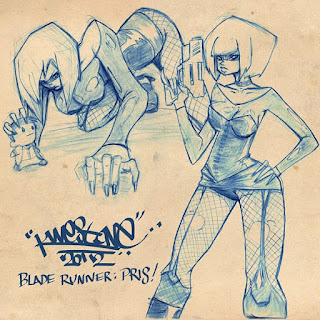