Now for some articles, art, music, videos, podcasts, and a bit of miscellaneous.

From kazuchoice's FanEdit, Blade Runner: White Dragon Cut Ver. 5. It seems to be coming along splendidly! 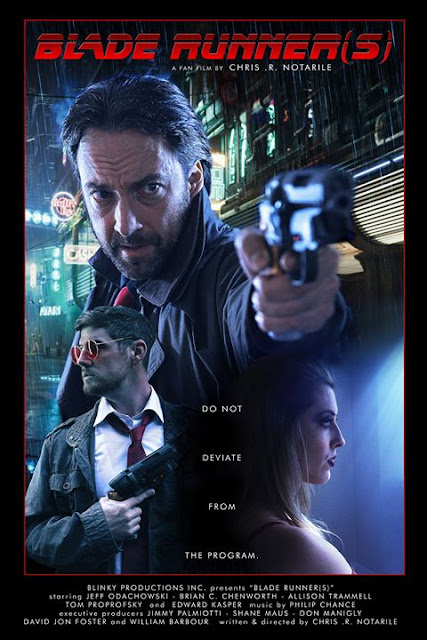 A dark realization burdens blade runner Devrouax, forcing him to question everything he's ever known. Will the weight of it all crush him, or will Devrouax find the answers he seeks?

Like most filmmakers, Blade Runner was an insanely inspirational film for me. However, I never cared for it as a kid. Sure, I LOVED the visuals of a dark futuristic 2019. I loved the atmosphere, but when I first saw the movie, I did not care for it. This is largely in part due to the version in which I saw- the theatrical cut. I hated the gaudy voice-over, explaining everything to me like I was a moron, and I hated the "happy ending" of Deckard and Rachel flying off into the sun. But then, one day, I decided to give the movie another chance, and I picked up the FINAL CUT. And let me tell you, it was way more satisfying as both a film and an experience.

Not long after, 2049 was announced, and as a renewed fan, I was very pleased with the end result. Then, as 2018 came to an end, I realized I was ACTUALLY going to be living in LA, in 2019, and it dawned me- "Dude, I should make a Blade Runner short!" I literally said that to myself.

So I gave it the ol' Blinky try and thought about what I could possibly bring to the Blade Runner mythos. I knew going into this I did not want to give any definitive answers to any questions I raised, but rather HEAVILY imply things. That's how Ridley did it. That's how Denis did it. Who am I to go against the grain.

My story was pretty simple. I wanted a film that ended the way it began but from a different perspective. One of the biggest plot points in 99% of Blade Runner-related content is always- "Am I real?" Or, "What is real?" So a protagonist like Devrouax, having an existential crisis seemed like a good idea.

This film was shot in Los Angeles. I really wanted to make the thing look as legit as I could with a shoestring budget. So location scouting was key.

Filming took a little longer than anticipated, but in spite of all scheduling conflicts, it got done!

[The above content was taken from the video description.]

Listen to "Ep 2: Do Androids Dream of Electric Sheep" on Spreaker. 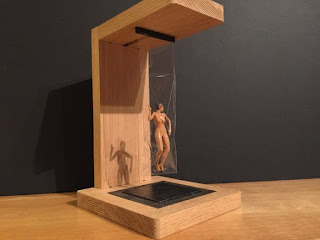