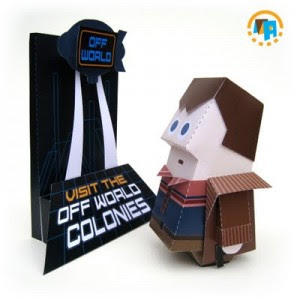 "Cutting Wilbur Mercer out of [Blade Runner] was like cutting the whale out of Moby Dick." ~Marc Haefele. More here-> http://totaldickhead.blogspot.com

Check out Blade Runner tribute by *Hideyoshi on @deviantART
http://hideyoshi.deviantart.com/art/Blade-Runner-tribute-81806953

A 1982 interview with Sean Young on Blade Runner -> http://www.youtube.com/watch?v=vIdlYzbugT8

Ridley Scott Says New BLADE RUNNER Will Be His Next Movie and “It’s Liable to Be a Sequel” -> http://collider.com/ridley-scott-blade-runner-sequel/124714/?awesm=fbshare.me_AemZE

Does a Blade Runner sequel have you worried? It does this one fan -> http://www.thevine.com.au/tech/news/a-blade-runner-sequel-has-us-worried20111109.aspx

Be sure and Follow @OffWorldNews on Twitter to receive these and other Blade Runner related news, (including screenings), as it comes in.