Speaking in an interview with John Hazelton in Screen and Telefilm Canada’s Cannes Special supplement, Denis Villeneuve admits the prospect of tackling a Blade Runner sequel was intimidating. “Let’s say it wasn’t an easy decision to make,” he said, “because I’m a massive Blade Runner fan, it’s one of my favourite movies.” He continues, “So I’m going there with a great amount of humility and a great amount of deep joy. And I know I can do it.”


The project is scheduled for a summer 2016 star and will star Ryan Gosling alongside Harrison Ford, who reprises his role as Rick Deckard several decades after the events in Scott’s 1982 original. Plot points remain under wraps. [Source]

And in THIS article, this question was posed to Villeneuve, Many sci-fi fans are saying that no one should attempt to make a sequel to Blade Runner, after all these years. What do you say to them?
"You know what?" he replied. "To be honest, I had the same reaction at the beginning. For me, Blade Runner is a cult movie. It’s really one of my favourite films of all time. I’m a big sci-fi addict and that movie is by far one of my favourites if not my favourite, with 2001: A Space Odyssey. So when they said they were doing a sequel I said, That is a fantastic, genius and maybe bad idea. I was very excited, but at the same time a bit afraid. And when I got the chance to read the script, I understood. Ridley Scott (now producer) and Hampton Fancher (original co-writer, now co-producer) came with a very strong idea and a very exciting one. Honestly, I think that the fans will agree with me. It’s really a strong movie." And he wrapped up the question with the following. "To be honest with you, unfortunately, I cannot say more. From a creative point of view, I can say nothing. All I can tell you is that I deeply love the first movie and I will do everything to honour this privilege."

Blade Runner continues to grace the big screen across the globe. In addition to England, Scotland, Ireland, Wales, Sweden, Denmark, Italy, Spain, Australia, and the United States; we can add the Netherlands, Belgium, and New Zealand to the list. [Again, there may have been, or will be, dates scheduled in other countries, but I have not come across such news as of this writing.] For a list of showings, you may go to the Off-worldNews Twitter feed.

Vangelis' "Blade Runner" to be issued on vinyl in the UK
After the successful US release of Vangelis' Blade Runner score on limited edition vinyl by Audio Fidelity in 2013, now UK's Warner Music will make the soundtrack available in the UK through its label Rhino Records. Availability of the LP is scheduled for early June. Many UK online record stores are accepting pre-orders.
Record stores taking orders for UK vinyl:
Rough Trade: www.roughtrade.com/albums/93401
Banquet Records: www.banquetrecords.com/AFZLP154
What Records: www.whatrecords.co.uk/items/65904.htm


The wait is almost over! Blade Dumber - Episode IV, a Blade Runner fan-film -- seven years in the making -- is almost ready for its release. (Trailer is below in the video sector). 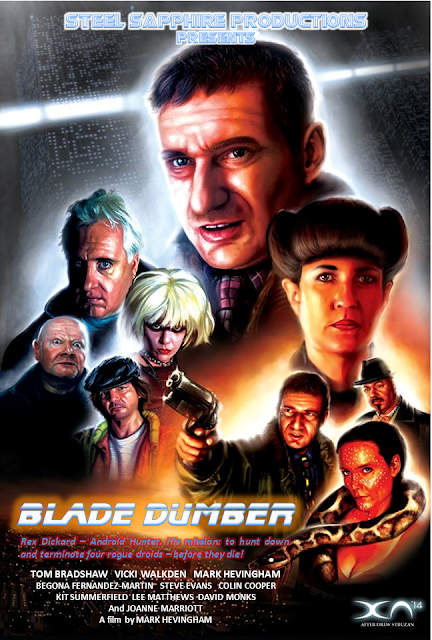 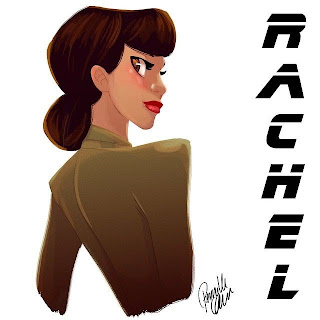 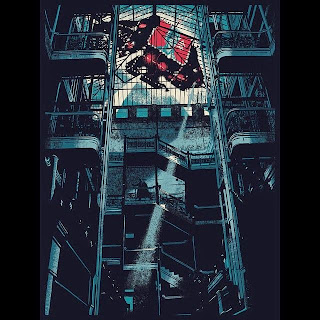 The Bradbury building by Raid71

This is a previously unreleased demo from MEMORIA -- Blade Runner: The Rock Project. "On the Run" represents the point of the film when Zhora flees from Deckard at Taffy Lewis' Snake Pit Bar. This is one of twenty-five songs from "Blade Runner: The Rock Project" -- music inspired by the movie Blade Runner. This song contains an excerpt from William Blake's poem, "AMERICA a PROPHECY", written 1793. In the movie Blade Runner, the character Roy Batty paraphrases these lines. This excerpt is the actual stanza. The second verse is slightly modified to exalt the death of Zhora. Then, in the third, returns to the original.


A masterfully directed and edited nutso animation with clips from 160 movies.
Created by Ornana Films. 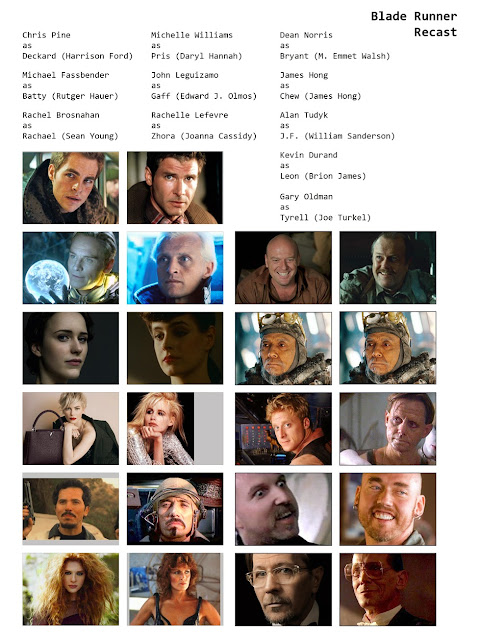 And remember to follow @OffWorldNews on Twitter to receive these and other Blade Runner related news items, (including movie showings, specials, and more not featured in this newsletter), as it comes in. Also be sure to visit KippleZone's Pinterest page for more Blade Runner images; from behind-the-scenes photos to fan art, figures, and props!